Captain's Log:  StarConvoy gave me immediate orders to bring Ocicat leader, Spot, aboard our ship.  We have planned an abrupt change in our exploration to greet Spot aboard his ship, the Hard-To-Catch.  I have yet to know why we are taking him to earth, but the orders were immediate.

"Nom-Nom, Mew-Mew, I know it's meal time, but, please, come to the bridge with me.  Subcomander Ocee told me there was a problem," I say.

"Sure, Caps, er, I mean, Sir," Nom-Nom said.  "I was just about stuffed, anyway."   I led them to the bridge where Subcommander Ocee was writing something in her notebook.

"I checked both of  the options twice, and the scanners showed no signs of stars or anomalies," Subcommander Ocee said.

"Nom-Nom, this doesn't look too important you might as well…," I was cut off when the ship shook a little.

"As I was saying, the fluctuations could only come from a fairly well-sized ship."  Subcommander Ocee was, obviously, about to go into one of her long drawn out science conversations.

"You mean that it's been there the whole time?  Then, why didn't you put the ship on tactical alert?" I say, getting irritated that my second in command didn't follow procedure.

"It hasn't been there the whole time!  It just landed!' Subcommander Ocee says.

Just then, they uncloaked!  "Oh gosh!" I shout.    The ship that was trying to tear into the docking ports looked more like a shuttle pod, than the ship that had just uncloaked.

"Captain, they have broken in!" Subcommander Ocee shouts.

"Secure the D-deck and surrounding areas!" I shout.   D-deck was the closest to the docking ports.

"Captain, they're leaving!" Subcommander Ocee was astonished,  but if you asked her she would say, 'Ocicats don't have feelings when they serve on starships'.

"Turn off tactical alert, Mew-Mew," I say, feeling relieved.  "Nom-Nom, scan the area for any bombs."   Just then,  a disco-ball started to spin and music was playing from an unknown source.  It appeared that it was a feature built into the starship, and that somebody or something was controlling it.

"Turn it off!" I shout.  My crew seemed too busy dancing, however, to find the cause.  Then, one of the crew, a young ensign, started to try to get me to dance.  It wasn't much of a problem though.  "Thanks!  Subcommander, say, can you help me learn that nerve pinch?" I asked her after the ensign was put down by the subcommander's elite, tactical moves.

Then, the lights went off.  You could tell by the look on my face that I was rather dismayed! 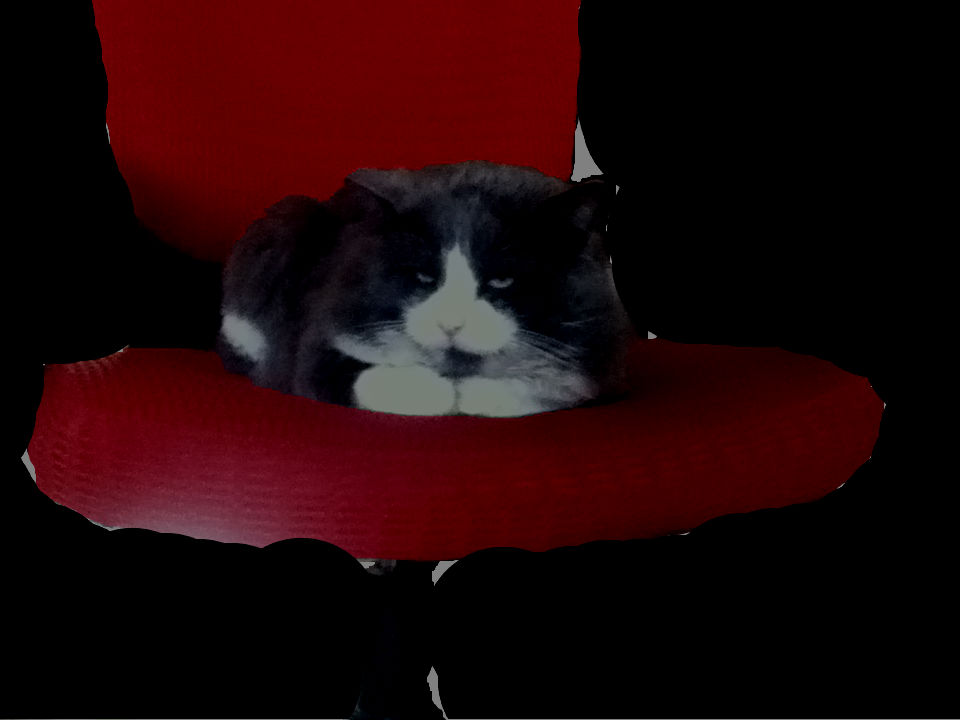 "Subcommander, go check the catwalk for malfunctions.   I'll join you as soon as I find my way out of here," I said.  It wasn't long, because, just then, the lights turned back on.  Just when I leaving, however, the lights started to flicker.  THERE WAS DEFINITELY A PROBLEM.

"This Is Admiral Meowsers, anybody that can hear me please be aware, THE Hard-To-Catch WAS DESTROYED BY ROMULGROWLS TWO HOURS AGO."
'What was this?  This transmission was just, now, alerting us?!?!  What did this mean to us, our species?' I thought to myself.
"Captain, we have found Ocicat leader, Spot.  He was stowing away in the catwalk," Subcommander Ocee says through her trans- watcha'ma'call it  (transmitter).  I froze…Wasn't the Hard-To-Catch, destroyed?